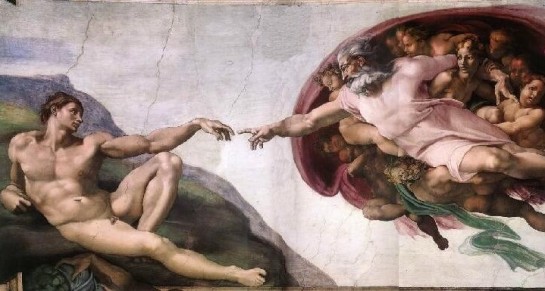 My friend @RicZWest responded to my previous blog post by asking for some “integration” of the Antimatter Principle with some of my more established work, specifically the Marshall Model. I’m happy to be writing this post in response.

The roots of the Antimatter Principle go way back. Mutuality as a fundamental characteristic of the human condition is hundreds of thousands of years old. It’s literally in our genes.

Personally, I’ve seen the practical benefits of “attending to folks’ needs” in the context of software projects and businesses for the best part of twenty years. Yet it was only few years ago that Nonviolent Communication gave me a vocabulary to think and talk about this kind of thing. And it’s been less than a year since I chose – with some trepidation –  to put a name to the principle.

“I’m convinced that there’s nothing that human beings like more than to contribute to one another’s well-being.“

I completely share this conviction. And have used it as the foundation of my work, my life, and FWIW the Antimatter Principle.

The ‘trick’, of course, is in effecting the step-change from one stage to the next. Many have written about the challenges involved. I find much to like in William Bridges take on the issue (cf “Managing Transitions“).

My intent with the Marshall Model is to help folks remember that organisations at different stages might benefit from different styles of intervention. Different kinds of change initiatives. Initiatives tailored to where they’re at, so to speak. And to realise also that choosing ill-matched kinds of intervention can be dysfunctional and counter-productive. Hence its subtitle – “Dreyfus for the Organisation.”

So, just how are these two things – the Antimatter Principle and the Marshall Model – connected?

Firstly, I believe the Antimatter Principle can help organisations progress – no matter which stage they’re at. The key challenge with making progress, particularly the quantum leaps from one stage of the Model to the next, is winning the engagement of the folks involved. Not just the workers, but the middle-managers, the executives, the customers – everyone.

The Antimatter Principle, as such, was born out of a recent experience working with a large multi-national. Senior management had all kinds of plans for a bright future – and all kinds of issues with a gloomy present. The core of the issue – at least for Product Engineering – was the logjam in making things better. In bringing about positive change. And in engaging everyone in that. Nothing was going to happen until that issue was addressed. Management fiats were not the answer. That would have only served to make things even worse. Creating an environment where folks could choose to make a difference and be effectively engaged in that – that was the future we saw as essential.

Secondly, the Antimatter Principle suggests a way of life in organisation founded on a shared purpose – the purpose of making folks’ lives more wonderful. Having one or two key individuals championing folks’ needs is all very well, but having a whole community with a common, shared purpose for that, with support for mastering the necessary skills – that’s infinitely more powerful.

Thirdly, and most pragmatically, organisations that begin to attend to folks’ needs are organisations that have taken the first step on a virtuous spiral of ever-improving alignment of their business with its people, its customers, its markets and the society in which it operates. And that has to be wonderful for everyone.

“Everything we do is to make life as wonderful as we can for our self. What makes life more wonderful than anything else is contributing to the well-being of other people.”