Wax On Jerk Off 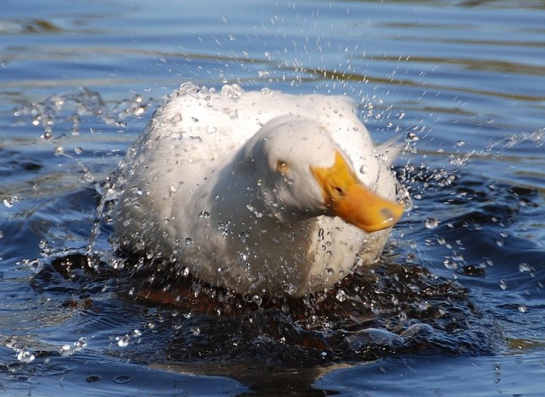 Or, the perils of judging people…

“By taking that lazy way out, you poison team interactions and cannot avail yourself of help from the “bozo” ever again.”

Yet every day we see folks writing off other folks as “jerks”, “assholes”, “know-nothings”, “lamers” and a whole host of other uncomplimentary epithets.

And regularly we see folks opine that some others have “no talent”, “no ethics” or some other supposedly fundamental character flaw.

“The opposite of love is not hate, it’s indifference.”

When we judge someone we are saying, in effect, “I am indifferent to you, who you are, what’s happened and happening in your life, what you care about, your needs.” When I see this happening, I feel profoundly despondent (and also, in a bind), as it fails to meet my need for mutual respect and meaningful connection.

Marshall Rosenberg, found of Nonviolent Communication, writes about the spirituality at the heart of helping people recognise (and then meet) their needs.

Many have spoken of the need for love, rather than judgement. Reflecting, I suppose, the wide preponderance of the latter over the former.

“If you judge people, you have no time to love them.”

And the essential role of empathy.

“Don’t judge any man until you have walked two moons in his moccasins.”

As I mentioned in a previous post “Respect for People“, we can regard judgement as a bright, flashing neon sign of unmet needs:

“[Our] judgements of others are alienated expressions of our own unmet needs.”

Some see love and judgement as being in implacable opposition:

“The more one judges, the less one loves.”

And much as the cause of our feelings always lies within us (other people may be a trigger of our emotions, but never the cause), judgement tells us much more about ourselves than about those we judge:

“When you judge another, you do not define them, you define yourself.”

Have we still learned so little from Deming (95% of people’s performance is a consequence of the system within which they’re working), the psychology of cognitive biases (e.g. the Fundamental attribution error), Kahneman (Ego depletion), etc.?

And even if it were true that some folks were less blessed with “gifts” than others, what benefits does it bring to continually grump through life in an unremittingly judgemental frame of mind?

How likely is it that judgment will bring ennoblement or insight? The stress it induces makes us tired, physically tired. We feel compelled to pronounce our judgments and to correct the errors of the world around us – an onerous, even distasteful task that drains our energy. Yet, ironically, we appear to cherish judgmentalism. We constantly choose to judge, and we find the idea of giving up judgment to threaten “who we are” (ironic self-judgmentalism, there). Why? Why is it that we want to continue with judging others, when the effect on ourselves (and them) can be so negative?

Aside: Katherine Kirk has spoken eloquently on the topic of equanimity.

Of course, there will be folks with undiscovered talents, and those with talents that don’t match their current role too well. To write them off as “useless” or worse, “worthless”, strike me as inhumane, and wasteful, in equal measure. Toyota has long had a more humane – and respectful – policy in this area. Called the Three Rs, their policy is to first

Toyota understands the investment they make in their people, moral as well as commercial. And the value – not least, to their business – of respect for the individual. Although maybe they haven’t managed (sic) a complete adoption of the precepts of nonviolence, just yet.

I recently tweeted several variations of a (nonviolent, non-judgmental) definition for “idiot”. The most-retweeted variant was:

“Idiot”: Anyone who is just trying to meet their needs, in the best way they know how, where their way makes little or no sense to us.

How do you feel about judgmentalism? Is it part of what defines you? Do you see the violence inherent in the system?