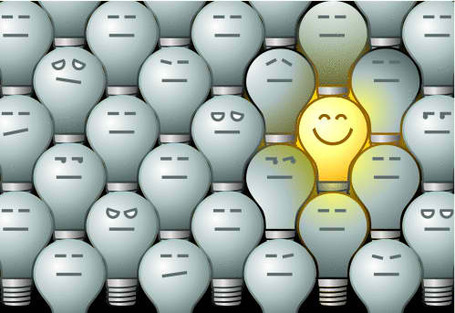 This is a follow-on to a previous post entitled “Focus”, and looks at what might happen after an organisation has held an initial focussing session.

For organisations on a rightshifting journey, thinking and talking with terms such as “assessments”, “symptoms”, “problems” and “solutions” (a.k.a. “treatments”) can in fact add to folks’ anxieties.

Most therapeutic interventions start out with some kind of “assessment” by the therapist. From the therapist’s point of view, this is mostly about getting to know their new client, and establishing some rapport. But the very use of the term can be interpreted by the client, unfortunately, as that the therapist is making some judgements or evaluations of the client’s state of mind. And this in turn can lead on to some degree of dependency and learned helplessness. Not good outcomes for the client.

As a consequence of participating in a focussing session – where many symptoms (or as Theory of Constraints calls them, “Undesirable Effects”) are surfaced, perhaps for the first time – I suspect many of the folks involved form the idea that there’s something decidedly “wrong” with their organisation (and, by association, maybe with themselves, too).

As an organisational therapist, I believe in the power of compassion and equanimity.
But these are not the sole prerogative of the therapist. On the contrary, they are available to, and potentially valuable for everyone in the organisation.

“I have found that the greatest degree of inner tranquility comes from the development of love and compassion. Cultivating a close, warmhearted feeling for others automatically puts the mind at ease. It is the ultimate source of success in life.”

This was going to be a post about how to write a Treatment Plan (a.k.a. Care Plan). But simply regarding the state (symptoms and root conditions) of the organisation as something that “needs fixing” seems like a problem in itself. Hence the long preamble, above. The term “Treatment Plan” I think might contribute to the confusion, and to the risks, as well as to the state of mind that organisations can unwittingly adopt where they see “Treatment” a.k.a. problem-elimination as the means to achieve their end (a healthy and flourishing business).

To paraphrase some wisdom from the world of Positive Psychology:

“The absence of problems is not success.”

Until we come up with a better label than “Treatment Plan”, then, let’s continue anyway and look at how we might plan some positive interventions for the organisation.

For those familiar with Agile methods, we can see a Treatment Plan as much like a product backlog. Initially empty, as the organisation decides to focus on particular issues, various “improvement stories” can be added to the backlog, and prioritised for action. The highest priority “improvement story” becomes the focus of the moment. If using Theory of Constraints as a framework, this will be a story about the current constraint of the organisation.

Like a product backlog user story, each improvement story may benefit from some grooming prior to implementation. Theory of Constrains suggests various tools, including the Negative Branch Reservation and the Pre-requisite Tree to help in this.

Note: In the FlowChain approach, organisation-wide treatments (“improvement stories”) are integrated with the continuous flow of new product features and user stories in one seamless enterprise backlog.