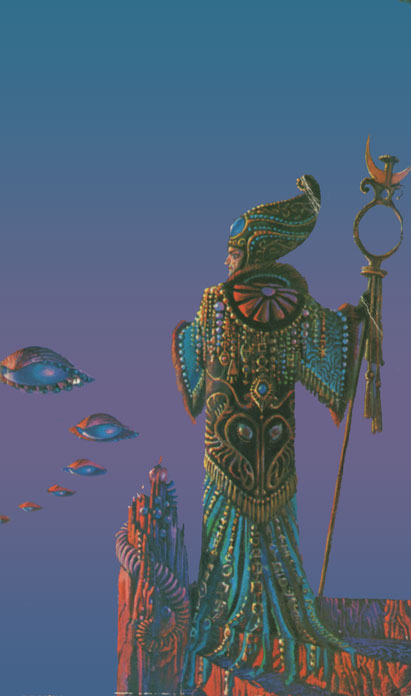 Hands up all those who read or have read science fiction? I was an avid reader of science fiction in my youth, particularly of the “Golden Age” writers, including: Harry Harrison, Norman Spinrad, E.E. “Doc” Smith, Frank Herbert, Arthur C. Clarke, Robert A. Heinlein, Michael Moorcock, Isaac Asimov, and above all A.E. van Vogt.

In some strange way, these authors and their works helped me make sense of a chaotic youth, and laid some foundations for my future.

The most enduring of these influences was, and is, A.E. van Vogt and his Null-A series. In these books, van Vogt explores meta-systems, and in particular Alfred Korzybski‘s General Semantics, through the adventures of his aptronymous hero Gilbert Gosseyn.

For me, one of the core differences between, on the one hand Adhoc and Analytic mindsets, and on the other Synergistic and Chaordic mindsets (see: The Marshall Model), is the kind of logic at work (sic). The former seem to use Aristotelian logic exclusively (on those occasions where logic is used at all), whilst the latter appear to favour some form of Non- Aristotelian logic.

What Does it All Mean?

I’m sure I don’t know. But I suspect the inclination of some folks (and by extension, organisations) to think in black-and-white, zeroes-and-ones terms (cf. Aristotle, Newton, Euclid, etc.), and others to (sometimes) think in probabilistic, many-shades-of-grey terms (cf. Leibnitz, Bayes, Keynes, Zadeh, Cox, Prigogine, etc.) has something to do with it (the ‘it’ here being organisational effectiveness).

“Had Aristotle been a bit smarter, we could have saved a few thousand years of muddle by doing logic the proper way from the beginning.”

What do you think?