Power, Hierarchies and other Dysfunctions 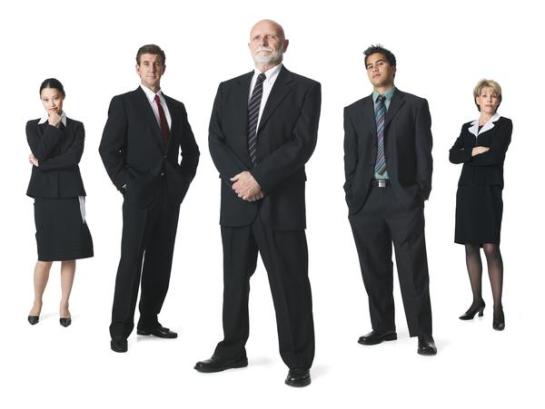 I’m thinking that some folks may interpret my stance on leadership (dysfunctional) and fellowship (beneficial) as fanciful or idealistic, borne of personal bias and certain marxist tendencies.

Actually, my stance is based on emerging research and reasoning-from-first-principles. (Inevitably, some biases will be at play, though).

I accept that neither evidence nor reason seems to sway the majority of folks in the field of leadership or management.

Here’s just some papers related to the dis-benefits of power hierarchies and the command-and-control style of management (and, often, leadership):

Having Less Power Impairs the Mind

“New research (2008) appearing in the May issue of Psychological Science, suggests that being put in a low-power role may impair a person’s basic cognitive functioning and thus, their ability to get ahead.”

“IF YOU ARE AT THE BOTTOM OF THE HEAP, MENTAL PROCESSES MAY KEEP YOU THERE

NEW drugs may help to enhance people’s mental powers (see article). But a study carried out by Pamela Smith, of Radboud University Nijmegen in the Netherlands, and her colleagues suggests a less pharmacological approach can be taken, too. Their work, just published in Psychological Science, argues that simply putting someone into a weak social position impairs his cognitive function. Conversely, “empowering” him, in the dread jargon of sociology, sharpens up his mind.
Dr Smith focused on those cognitive processes that help people maintain and pursue their goals in difficult and distracting situations. She suspected that a lack of social power may reduce someone’s ability to keep track of information and make plans to achieve his goals.
To explore this theory, she carried out three tests. In the first, participants were divided at random into groups of superiors and subordinates. They were told that the superiors would direct and evaluate the subordinates and that this evaluation would determine the subordinates’ payment for the experiment. Superiors were paid a fixed amount. The subordinates were then divided into two further groups: powerless and empowered. A sense of powerlessness was instilled, the researchers hoped, by having participants write for several minutes about a time when they were powerless or by asking them to unscramble sets of words including “obey”, “subordinate” and so on to form sentences. The empowered, by contrast, were asked to write about when they had been on top, or to form sentences including “authority”, “dominate” and similar words.
The first test was of concentration. Participants saw words that meant colours—red and blue—written in different colours on a computer screen. They were asked to name the colours of the words (as opposed to the colours described by the words) as quickly and correctly as they could. Because most people read words more quickly than they can identify and name colours, this widely used method tests their ability to inhibit the urge to read what is written and instead focus on the task of naming the colour.
The second test was of memory. It involved a series of black letters presented in the centre of a white screen. Each letter was shown for half a second and followed by a blank screen for two seconds before the next letter appeared. Participants were instructed to indicate, as quickly and accurately as possible, whether each letter matched the letter shown to them two letters previously.
Finally, the volunteers were given a planning task that required them to move an arrangement of discs from a starting position to a final one in as few moves as possible. To perform this task well, they had to realise and accept the need to move their discs away from their intended goal before moving them closer.
In all three tests Dr Smith found that low-power participants made 2-5% more errors than their high-power counterparts. She argues that these results were not caused by the low-power volunteers being less motivated, as they had the same financial incentive as the high-power volunteers to do well. Instead, she suspects that those lacking in power suffered adverse cognitive effects from that very lack, and thus had difficulty maintaining their focus on the tasks.
If this is borne out by later experiments, it has important implications. Managers, always suckers for jargon, talk a lot about empowering their workers. However, they often fail to do so in practice. This is another reason why they should—unless, of course, they fear for their own authority.”

“I am pleased to be able to offer my thoughts and evidence as the Federal Government thinks about how to manage its substantial civilian workforce to ensure even higher levels of performance and service. There is no doubt that people and how they are managed matter tremendously for organizational success — as literally scores of studies show. However, much of the conventional wisdom about and current practices in managing people are inconsistent with both theory and evidence about how to attain the best from a workforce.

~  Jeffrey Pfeffer, Hearing on the Status of Federal Personnel Reform

The researchers found that compared to participants without power, powerful participants were stricter in judging others’ moral transgressions but more lenient in judging their own: “power increases hypocrisy, meaning that the powerful show a greater discrepancy between what they practice and what they preach.”

If you find, or know of, any other papers on the subject, please let me know so I can cite them here.