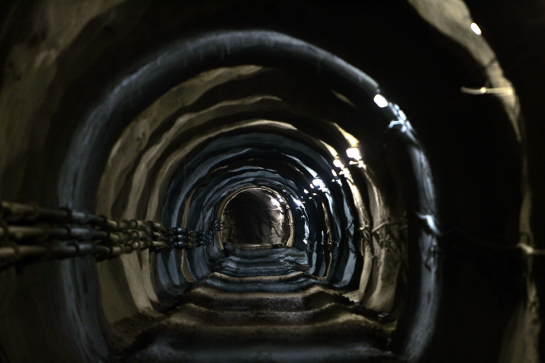 Many folks ask me:

“If significant improvement in business effectiveness requires intervention on a system-wide basis (across the whole organisation), what am *I* supposed to do, stuck in this small box in one corner of the company?

Which is a very fair question. And one to which I am obliged to answer:

“Find some like-minded folks, even just one or two, broaden your perspective (don’t fixate) – and do what you can, together, for the organisation as a whole.”

Granted you’re not likely to realise the 100%, 200%, 500% bottom-line benefits that a full organisation-wide intervention can effect, but at least you’ll be doing something. And feeling better for that:

Whatever you can do, or dream you can do, begin it.
Boldness has genius, power, and magic in it!”

Aside: Not really a Goethe quotation.

“If the organisation as a whole is doing the wrong things the significance of the approach used in software development is very small.”

A core problem with Agile and other such developer-led initiatives to “improve” things is that these initiatives are not connected to the levers that steer the ships of business, nor even to those levers that affect the overall performance of the development group itself.

Tunnel Vision is Not a Winning Strategy

Obsessing about code quality, the software development lifecycle (as manifest within the walls of the development group), wip, tools, testing, and the hundred and one other things that make up a developers daily routine is perfectly understandable and a natural response of the disempowered. When we feel disconnected from being able to change the things that make a real difference, most of us will hunker-down, and focus on those things to which we can make a difference. Pride in work has a long tradition and history, often conflicting with the more (apparently) prosaic concerns – like profits, revenues, market share, etc. – of the corporate elites.

“Never doubt that a small group of committed people can change the world. Indeed, it is the only thing that ever has.”

The most striking feature of this uplifting work, for me, is the numerous real-world stories of “ordinary” folks in “ordinary” organisations who have done what they could, given a limited scope and reach – and made enormous strides in improving things. Case studies like this encourage me to assert that significant improvement is possible, even when the folks involved do not have the authority or even the influence over their organisation-as-a-whole. Indeed, if the reported improvements are the result of “mere” localised interventions, then what scope for seemingly infeasible gains when tackling these issues organisation-wide? And yet wider still, given the stories’ highlighting of the enormous waste implicit in our egregiously disjoint public services?